Our website uses cookies to optimize the use of it. We do not collect any personal data. If you wish to continue browsing, you consent to the use of cookies. If you do not wish to accept cookies you can deactivate them from your browser’s settings.

Evolink - Runner up at Capacity Awards 2012

“Keep an eye on that company”. With these final words about Evolink, Ros Irving, hostess of the 8th annual global wholesale awards of Capacity Media presented the company as Runner up in the „Best CDN Provider” category.

The Capacity Awards 2012 were announced earlier this week during a glamorous ceremony at Okura Hotel in Amsterdam. With 230 guests present, the awards brought together the industry's leading wholesale players for a night of fine dining and entertainment while celebrating the highs in the global wholesale industry. Guest speaker of the ceremony was the world-famous Sir Ranulph Fiennes who some believe him to be the real Indiana Jones, and the Guinness Book of Records described him as the "World's Greatest Living Explorer". This was one of his rear appearances in public before the start of his new expedition to attempt record winter Antarctica trek, planned to begin on December 6th.

Innovation and excellence were the highlights of the evening in which the Capacity Awards jury welcomed the substantial progress made by the industry as a whole over the past 12 months.

“The quality and breadth of the submissions made their assessment and comparison unusually challenging, but it is clear that wholesale telecoms is alive and kicking in the face of adversity,” said Tom Wheadon, partner at Simmons & Simmons.

Evolink was awarded for its platform to broadcast video content on the Internet and via its innovative Content Delivery Network-CDN.

"We recognize that Evolink is small in size compared to the global giants who are investing millions of dollars annually in the development of their products, but we are honored that innovation, creativity and great enthusiasm of our team, distinguished our company." - said Svetoslav Hristov upon his return from Amsterdam where he personally collected the award. 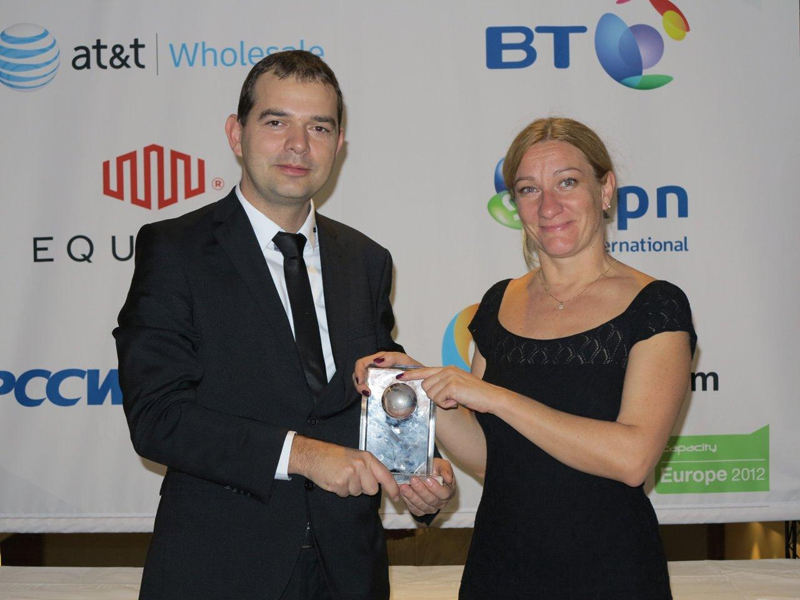 Back to all news