Our website uses cookies to optimize the use of it. We do not collect any personal data. If you wish to continue browsing, you consent to the use of cookies. If you do not wish to accept cookies you can deactivate them from your browser’s settings.

Once again, Evolink provided video streaming services to stream live in Bulgaria all the football matches from the Football World cup 2018 in Russia.

All in all 64 matches were played, 169 goals scored, 12 of which own goals, and record-breaking 29 penalty kicks. The team that scored the most goals was Belgium (16) and France became a champion for the second time in history.

Bulgaria has confirmed its excellent performance again without losing a game at a world championship for over quarter of a century. Our team achieves it with the most secure and tested tactics by not participating in the championship.

Through the eyes of our CDN the championship looked like that.

Number of unique viewers on a daily basis - 2 085 000 for the whole championship.

The largest number of viewers in one days were counted in June 27th when 97 566 viewers were watching online. Besides being the day of the sensational dropout of Germany, this was the last day with a several matches played during office hours.

The largest volume of traffic was registered on July 1st. On that day, both matches of the second round ended with extra time and penalties (Spain-Russia and Croatia-Denmark).

Below are several graphs showing the load of the CDN during the world cup.

Number of simultaneous viewers on June 17th with 3 matches during the day: 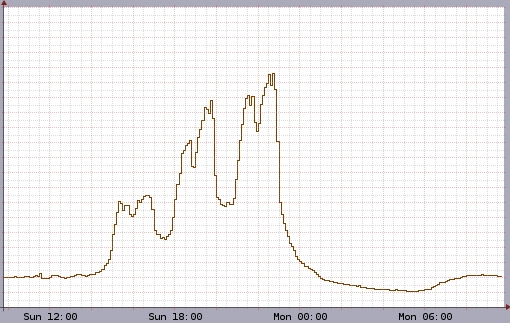 Number of simultaneous online viewers on June 18th, Monday.  Again, three matches but the first one was played during office hours: 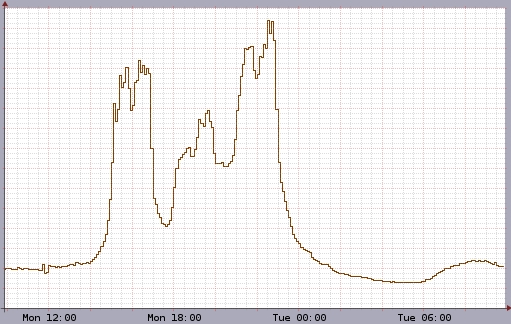 How July 1st and 2nd looked. Spain-Russia and Croatia-Denmark were played on the 1st –the constantly increasing interest of the audience until the moment of the penalties in both matches is clearly visible. On July 2nd, there was an overwhelming interest in the second half of the evening match, which was one of the most interesting half times in the world cup - Belgium - Japan:

What the load is in days with matches and days without matches:

This is how the final match looked:

Back to all news